Goa, in India, is world famous for its beaches. The Goan coast is lined with a number of beaches, each with a distinctive flavor, some have golden sand, some white, some have fine sand grains, some with coarse etc. But one thing common is the distinctive blue Arabian Sea and the swaying coconut and palm trees. Some of the photograph of some beaches are displayed here below: 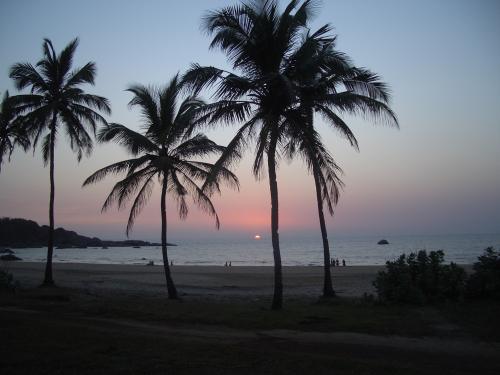 Dona Paula Beach : The beach is named after Dona Paula de Menzes, daughter of a viceroy (in colonial India), who threw herself off the cliff, when refused permission to marry a local fisherman, Gaspar Dias. The myth says that Dona Paula is entombed in the Cabo Chapel of the Raj Bhawan and is supposed to be seen emerging from the moonlit waves wearing only a pearl necklace. With the romance and myth attached to it, haunted by Dona Paula de Menzes, tourists throng the Dona Paula Beach. 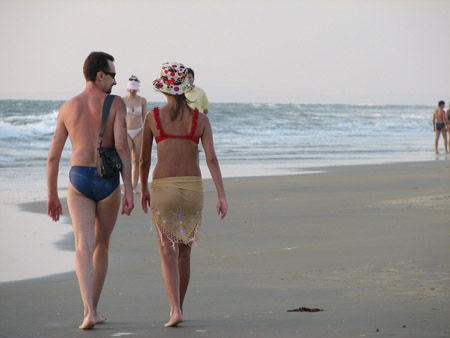