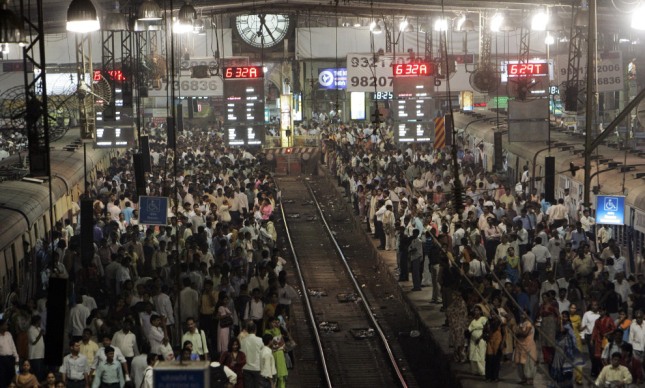 Bombay (now Mumbai) is the only metro in India having true cosmopolitan character. People from all parts of India come there and love to adopt the city as their own. The city never returns anybody from there, it accomodates everybody, there is a place for everybody. So people from all walk of life are living there. The city was a safest metro of India. In overall gradation it was a beautiful city  except very few negatives. This was my feelings or experiences about the city  after my six years of stay there. Still I can see the inside platforms and rushes of commuters in VT (CST) , Gate way of India and in front of this, the beautiful Taj Hotel , the land marks of the city . We have visited these spots many time. Who can forget those beautiful buildings. That’s why these land marks comes alive in front of my eyes, whenever I think about Mumbai. The thousands pigeons in front of the Gateway of India, fearlessly used to come closer to the visitors, tourists there. Like all other citizens they too were safe in theire place. 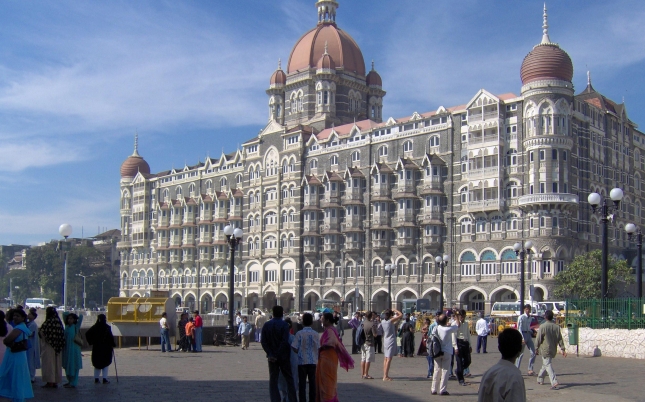 On 26th Nov I had been to a village near Kharagpur and that evening, while talking to relatives there, we never felt to switch on the TV and it was not done. Next day came to know that Mumbai is under siege by terrorists. I was shocked to see that the most visited land mark of the city is burning. It was painful to know that innocent people who were waiting for their trains to various cities from VT station, were gunned down by terrorists. Many many times I have visited that place and all other platforms for the local trains. The huge well maintained urinal which was used by the terrorists just to unpack their Guns from their backpacks. From that place, waiting hall is few steps. From their movements, it is clear that they have visited the places before planning and operation. They surveyed, and marked the places where maximum gathering of people take place. Innocent people became their targets who never knew that the death is waiting there on that evening.

Post 26/11, I am afraid to say that Mumbai is anymore safe. Bombay never sleeps, that was the slogan for Mumbai where really city never sleeps. In the midnight too you wont be afraid to travel or walk on the street coz lot of people will be there and all sort of transports will be available. I not talkiing about Airports, its the scene of any local train station or any locality of the city. If you get down in midnight, you will get taxi, bus and local trains. Transport system (bus and trains) sleeps from 02.00 AM to 04.00 AM only. What I have seen and experienced upto the year 2003, the city was a safe place for the ladies too. But that may not be true now. In recent past the things have changed, more over being it the financial capital of India, it has become a soft target of the terrorists. My opinion about Mumbai, that beautiful metro also changed and I can’t say now that the city is safe like before.

It may be recalled that there was no politics of regionalism those days what we see now. Thakre & company always play the card of Maharashtrian and non-maharashtrians for their narrow political gains. But Raj Thakre has gone few steps up and openly speaks about the people of some states and wants to drive them out from Mumbai. It is painful to think that the only Cosmopolitan metro of India too changing its character and the power crazy politicians for their political gains spreading the venom of regionalism. The politicians are trying to polarize the society either by cast or language or region or religion everywhere just for their selfish, narrow political gains. Due to the vote bank politics by the political parties, none of the Governments in Centre as well as states are not strong enough to take stern decisions. Too much leniency, softness  is not going to make any sense for the safety of the citizens. In fact , these attitudes encourages the enemies. Thats why small countries too are allowing anti-India activities in their soil.

The peace march at Gateway of India on 3rd Dec 2008, the people of Mumbai have shown their anger, hate to the political leaders. a peaceful manner. Now it’s the time for the politicians to make note of it and act accordingly to save the country. 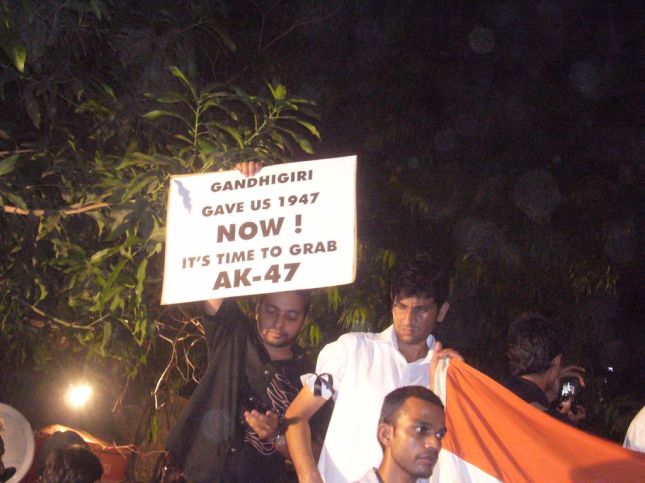 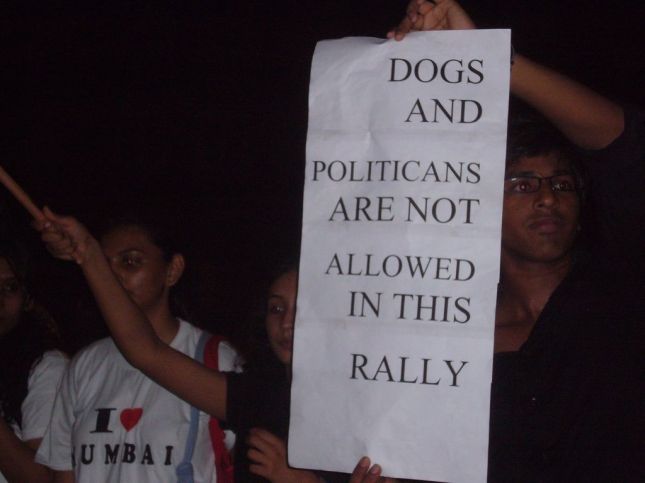 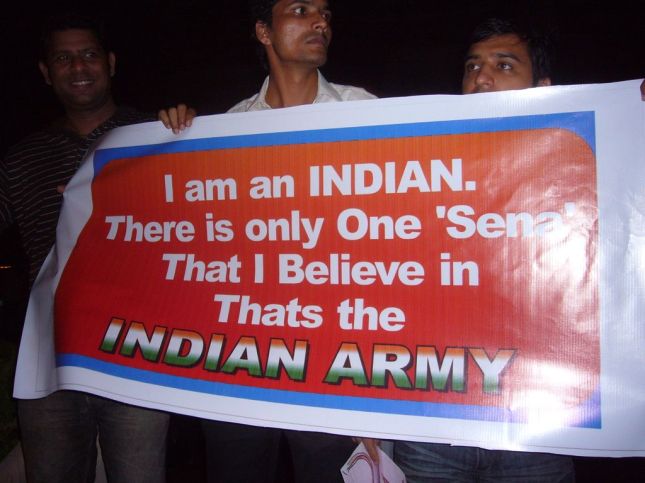