‘Forever Marilyn’, a sculpture by Seward Johnson, will no longer be seen at Pioneer Court, Chicago, USA. The stainless steel and aluminum sculpture, which stands 26 feet tall and weighs 34,000 pounds (15,454 Kg), was inspired by Marilyn Monroe’s iconic scene in the 1955 movie ‘The Seven Year Itch’. 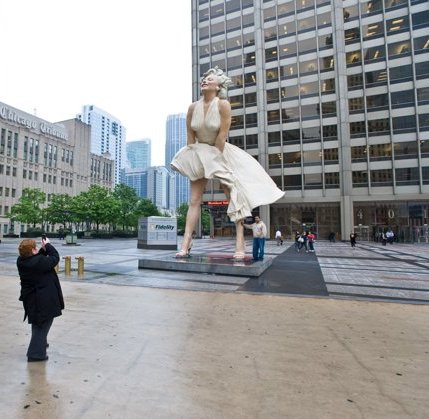 The sculpture, which has been on display in Chicago since  July 2011, has been dismantled and removed from the  venue on 08 May 2012 for erection at Palm Springs,California, for further display. 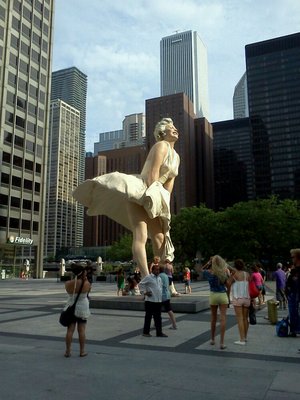 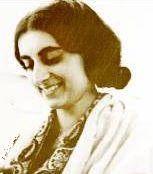 Indira Gandhi  and Maharani Gayatri Devi at their youth

Definition of beauty changes from person to person. Beauty is not only the physical assets and appeals but the personality and talents too count. Some classic beauties may be having dignified magnetic personality which never fades away even with ages. Indira Gandhi and Gayatri Devi fall in this class of beauty. They were the real classic beauty without paint, grease and light like filmy beauties. 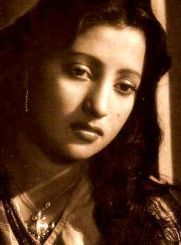 In the filmdom, many beautiful heroines came and gone in the industry and very few of them could make a place  in the hearts of millions.  My all times favorites goes as given above.  Difference of opinion always be there. In this case too, there are scopes of differences. You are welcome to put forward your opinions/comment .

Bollywood’s Anarkali is no more

Bollywood  lost one of its beautiful ladies. Bina Rai, the popular actress of the black and white era, passed away yesterday due to cardiac arrest.

Bina Rai was a first year student of Arts in the Isabella Theodore College’ of Lucknow in 1950, when she came across an advertisement for a talent contest, she participated in the contest where she won along with the 25,000 rupees in prize money a leading role in Kishore Sahu’s ‘Kali Ghata’ (1951), which became her film debut. Bina Rai stepped onto the screen in spite of strict reservations from her family. It is said that the actress had challenged her parents with a hunger strike and after they gave in to her wishes.

She is best remembered for her roles in ‘Taj Mahal’, ‘Ghoonghat’ and ‘Anarkali’. Interestingly, Bina Rai had won the Filmfare Best Actress Award, for which Madhubala was also nominated for ‘Mughal-e-Azam’.

I am sorry, I could not show the Tajmahal song here. Click the image below  for the song. 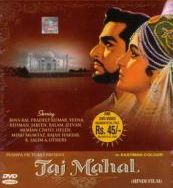 Bipasha : In a different role

Winner of the title “Sexiest Asian Woman in the world”  twice in the past, we will now see the Bollywood’s wow girl in a different role. Bipasha will be seen in a different role in a Bengali Movie called “Sab Charitra Kalpanik”. We are tired of seeing her in similar roles in Hindi Movies. I think, this role will give her a platform where she can show her talent in acting that too in her mother tongue Bengali. Also we can see her real beauty. She is Beautiful, no doubt but we can see her in Bengali dress as a bride in a Bengali Bridal makeup. 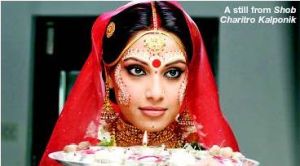 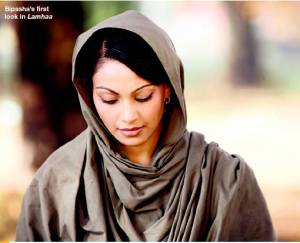 Banglar Meye (Bengali Girl) Bipasha is bold and beautiful and firm on her decisions. She is the only Bollywood actor who refuses her Director for smoking in a song sequence. When she flatly refused to smoke a cigarette and let smoke come out from her mouth while singing a song, she was given an option to hold a cigarette while singing the song. She refused that as well. She is against smoking that’s why she  was not in favour of the scene. Had she smoked or held a cigarette it would have meant that she was promoting smoking.   She was determined in her principle and made a good job towards the society by not obliging the Director for such a scene.

In the past, there were controversies when Amitabh and shahrukh did such scenes in the films which indirectly promote smoking. They should have thought of the impacts on the society.

She is against smoking and never endorse smoking- she says. This is another side of Bipasha Basu. 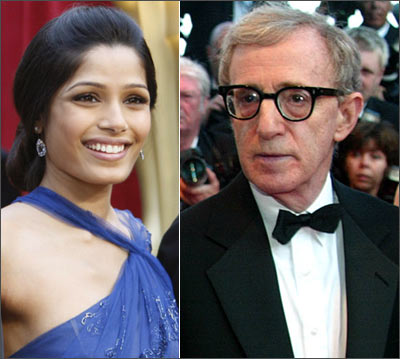 Freida Pinto has leaped from Mumbai’s Local train to Limousine at Los Angeles. Her destiny has taken her to Hollywood from Bollywood. Her life changed overnight like a fairy tale and she turned to be an Hollywood sensation and fashion diva.

On 22nd. Feb 2009, Sunday night at the Kodak Theatre in LA, you saw her as part of the jubilant Slumdog Millionaire team that swept the Academy Awards with eight Oscars. After two days, Vogue India presented the new style sensation and red carpet darling Freida Pinto in a different avatar as its cover girl for VOGUE March issue. Vogue India editor Priya Tanna, who believes Freida’s red carpet debut was as impressive as her onscreen one, added, “In a matter of months, this young actor has become a Hollywood sensation and a fashion diva.” 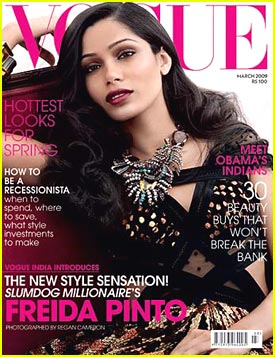 Freida Pinto, the film’s luminous leading lady who has been wowing the world on the red carpet and across television interviews lining up to the Slumdog’s Oscar glory, has gone one better and signed up a film with director Woody Allen. This is not just massive news for the 24-year-old Mumbai girl, but a spectacular breakthrough for any Indian actress. Allen has created many women characters in his films and now it the turn of Freida Pinto of Bollywood to be characterized by him and who knows we may see her in the Kodak Theater again next year. As media reports, CAA brokered Pinto a fee of an estimated $3 million for the film. 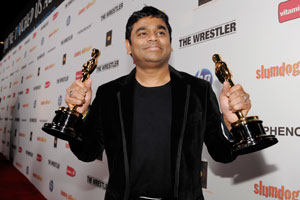 AR Rahman with his two Oscars

The biggest success for India came with a double Oscar treat for Rahman for Best Original Music Score and Best Song (Jai Ho). Rahman was overwhelmed and interspersed his speech with Hindi as well as Tamil on receiving the coveted trophy. “There is a dialogue from an old Hindi film – “Mere paas ma hai” – which means I have nothing but a mother. My mother is here, I have her blessings. I am glad she could be here,” said Rahman. He ended the acceptance speech by saying “God is great” in Tamil, something he says after winning every award. He shared the second Oscar for best original song for the film’s theme number “Jai Ho” with noted Indian lyricist Gulzar. “All my life I had a choice between hate and love. I chose love and I am here,” said Rahman after receiving his second golden statuette.

The film opened its Oscar account by winning in the Best Adapted Screenplay category for Simon Beaufoy. After that, there was no looking back as the film went on a dream run to win awards in Film Editing for Chris Dickens, Best Cinematography for Anthony Dod Mantle and Best Sound mixing for India’s Resul Pookutty.

The film also won an Oscar for Best Motion Picture. The announcement for Best Picture saw a jubilant cast and crew of the film, celebrating together on the stage.

The debate about the film SM whether its an Indian Film or a British film, will continue but we must not forget to appreciate and to be proud for our Gulzar saab, AR Rahman, Pookutty and all indian actors including child artists who have shown their talents in their respective filds. Talents and creativity of the Indians have been exposed to the world audiences through SM and for this, we must be thankful to the Director and producers of the movie. We all know that Rahman has composed much better songs (Roja, Bombay etc) before this. India was never poor in the field of music, literature or any cinematographic fields, only one opening and recognition was required and that came through Slumdog M.

After death of Mohandas Karamchand Gandhi (Mahatma Gandhi), on 30 Jan 1948, fifty-eight plus years have passed. During these years the greatness of Mahatma has faded out from the mind of people. Today we see Gandhi only on statues & city roads names. He is nowhere in the hearts of young generation. His principles of ‘satya’ and ‘ahimsa’, honesty got confined to the text books of the school students. From this state he has now been freed and his principles came to the light by a popular Bollywood hindi film and he has become a popular icon of ‘satya’ ‘ahimsa’ and truth to the young generation.

But what was his views about cinema? What was the thinking of Mahatma on Cinema of his times? ‘Father of Nation’ himself thought cinema as ‘often bad’ and ‘sinful’. Once he viewed on the Indian cinema expressing a frank opinion: “Cinema is a sinful technology”.

His newspaper editorials and letters to film associations equated cinema with evils like gambling, sutta, horse racing and so on. In his paper, ‘Harijan’, he wrote, “If I began to organise picketing in respect of them (the evil of cinema), I should lose my caste, my Mahatmaship.”

Once Mahatma replied to the Indian Cinematograph Committee, dated November 12, 1927 with characteristic humility: “I should be unfit to answer your questionnaire as I have never been to a cinema.” (Source : Times of India).

Such was the views of Mahatma about cinema. But in 1982, he himself became the subject of that sinful technology, Cinema, when famous director Richard Attenborough portrayed him in his ‘Gandhi’ and through this film he once again came to the light of today’s world.

Recently the same cinema has again portrait him and his principles on Ahimsa and non-violence in a Hindi cinema in a different manner. The same cinema the ‘sinful technology’ revived the Gandhi-ism and made the Mahatma’s principles relevant to the today’s generation. It has brought back the Gandhi wave back in the life of the people of India from Kashmir to Kanyakumari by the same cinema only.

Attenborough’s film ‘Gandhi’, made Mahatma better known to the western countries. In a recent survey he has been voted as number one leader of the century. This was not possible without the film “Gandhi”.

The cinema industry of Gandhi era was not in today’s form. It was another medium of entertainment only and it was not considered as an art or media as of today. So Gandhi was not wrong in his place to consider cinema as a sin at that time.

In this context, I should also bring out the other acts which Mahatma used to consider as sins. Mr. Jimmy Carter, Ex president of US, said : according to Gandhi, the seven sins are :

and politics without principle.”

It is needless to say that the above acts are sins and one should try to avoid in his own life. Let these morals be a mast for life, to sail the life in right direction.