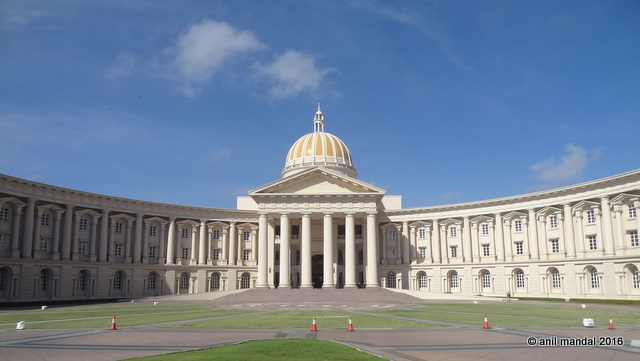 Independent India’s biggest structure that surpasses Rashtrapati Bhavan in size and equals it in grandeur is located in the Infosys campus, Mysore for training Infosys employees and new recruits before placements.

With a floor area of more than 9.6 lakh square feet, the new structure, designed by architect Hafiz Contractor, is the second unit of the Global Education Centre (GEC-II) of Infosys. It was described as the grandest and one of the biggest buildings constructed for the cream of Indian youth who will come here for study and training and make them feel proud. 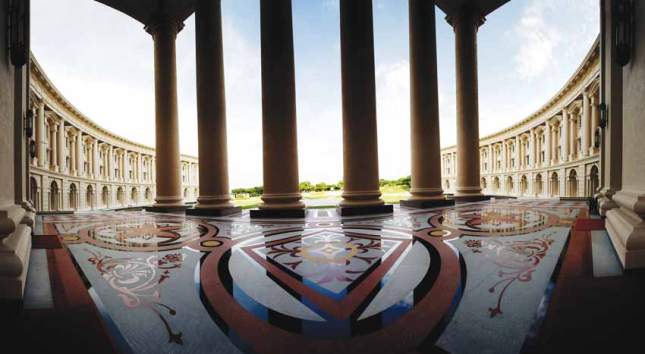 Main entrance to the Building as seen from inside (Photo credit: MGS Architecture)

The Global Education Centre-II has been designed entirely on classical style of architecture with similarities to the Colosseum of Rome, while the pillars are reflective of the Parliament House. A large dome emerges from the centre of the structure and overlooks the entire campus and the structure reflects various ancient Greek and Roman architectural styles.

Given its infrastructure and size of operations, Infosys’s GEC is the largest corporate education centre in the world. Set on a sprawling 337 acre campus, Infosys’s educational and training hub has the capacity to train over 14,000 people at the same time. It is, in essence, an inception centre to thousands of Infosians who hail from all walks of life, diverse nationalities and cultures. 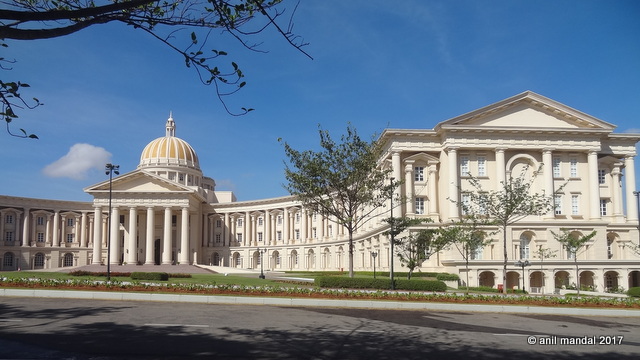 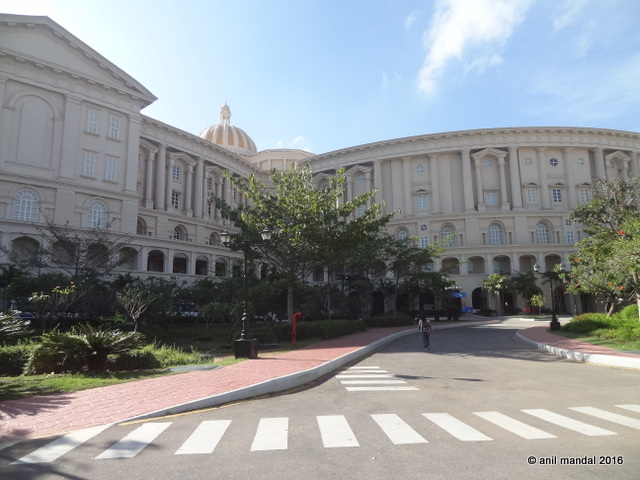 13 responses to “A grand structure”