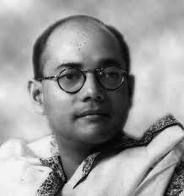 “The two great Bengali Heroes of 20th century are surely Bose and Basu, Subhas and Jyoti. Both should have become Prime Ministers. One was stopped by fate, the other prevented by his own party” (in 1996).

This is said by MJ Akbar, a prominent columnist. I have regards and respect to MJ but I beg to differ with him in some points. First of all he is not comparable with Netaji Subhas Chandra Bose, the great freedom fighter. The word “Hero” of 20th Century is also not suitable for Mr. Jyoti Basu. He is not a hero like Netaji Subhas. Netaji fought for freedom for the country whereas Jyoti Basu fought for the rights of the workers and the result we all know. He may be a great leader of Communist movement, he may be a hero to some section of people but not a national hero like Netaji accepted by every Indian. Nobody can deny that he or his policies (too much of rights to workers) are in fact, responsible for  turning West Bengal into a ‘Industrial Graveyard’. His Govt. was responsible for banning English in the the primary classes which “paralysed” a generation. He was a successful leader for developing his party (not the state) and ruling the state continuously for more than 3 decades. He did more goods to his party than the state. Therefore, he may be a hero to his party and his party men but not to everybody. So comparing Jyoti Basu with Netaji, is a insult to him (Netaji). Emotionally charged People comparing him with Netaji Subhas Chandra Bose.

In a democratic system anybody can become a Prime minister. Who knew Devegowda willl be PM oneday? In politics anything can happen. Its a game of politics. That does not mean that any politician is comparable to a National Hero like Netaji. Netaji could have become PM of this country that does not mean any PM or would be PM can be equated with Netaji.

3 responses to “Bose and Basu”