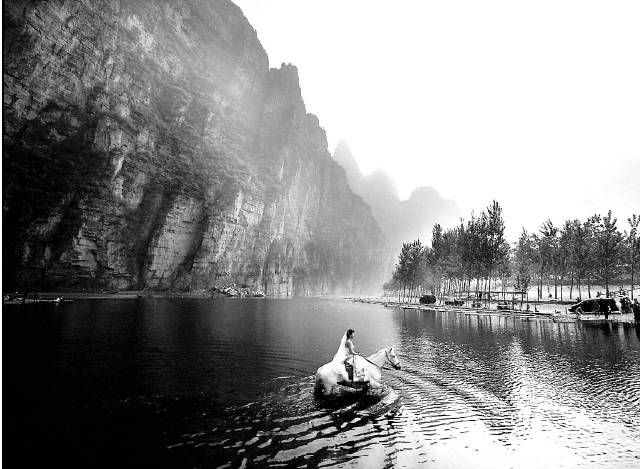 Once upon a time there was a princess. She was in love with a poor boy who was living on the other bank of the river. The royal family did not approve such unequal love affairs but they could not be separated. Ultimately she was under house arrest. But all the security men were very kind to her. One night, with all risks, they opened the door and made her free. She was having a obedient horse. She called her and sat on her back and ordered to run. The horse vanished from the palace within seconds. The horse was driven through the dense forests, rocks and finally a river. The obedient horse did not mind to jump into the river to cross it to take her mistress’s destination- the other bank of the river where princess’s dream man stay. Now look at the picture, the princess is in her halfway to cross the river.

The rest of the story will be written once the princess crosses the river and meet her dream “prince”.

Till then we have to wait and pray for a fairy tale ending ——– “married and lived happily ever after”.

Note : The story presented above is based on my imagination, inspired by the above photograph.

( In reality : A bride crosses a lake as she rides a horse during a set of photo shoot in Shidu, near Beijing, China. A company is running group tours to the area for the soon-to-be-married couples in a spectacular settings. Acknowledments : Times of India).

← Krishna mantra and Iskcon
Pachise Baishakh – a tribute to Tagore →